Who will survive the zombie apocalypse (besides the redneck)

How to physically prepare for the zombie apocalypse

I talk a big game. I watch zombie shows and movies, read books, and tell myself I will totally be a badass survivor during the undead uprising. The truth is, however, I will probably die in the zombie apocalypse – pretty quickly too. In Walking Dead terms, I’m less Maggie and more dead bicycle girl. I’m hopeful I’ll last for a little while but I don’t think I’ll be one of the last ones standing.

You know how people with insomnia get really annoyed by people who can crawl into bed and fall asleep as soon as their head hits the pillow? I’m that person who is out cold in five minutes or less. Sometimes I wake up in the middle of the night for a bathroom visit thanks to my bedtime tea habit, but I make my way there and back in the dark, lie down, and drift right back to sleep 95% of the time.

More than once my husband has asked me if I heard that loud bang from the kitchen when our daughter knocked something over. Nope. I did not hear a thing. He was also incredulous that I slept through our house alarm going off when the battery was fried. It’s a fairly loud alarm and it woke him immediately. Yet I just didn’t hear it. Sometimes on the weekend the entire family will get up early and go out and I wake up an hour later wondering where everyone is because I didn’t hear them leave the house.

Now in my defense, I do sleep with white noise sounds to drown out noises like all of that nonsense. In the apocalypse I won’t be sleeping to the gentle sounds of digital waves and static. I also wouldn’t be as relaxed as I generally am now in the relative safety of my home. So maybe I’d be a much lighter sleeper.

But I don’t know. Sometimes I think I’m going to find myself so exhausted mid-apocalypse that I’m going to fall onto a pile of dusty blankets and sleep so hard that I won’t know what’s shuffling into the room until I’m halfway to dead.

2. My vision is a huge problem.

Much to my annoyance, I have terrible eyesight. I wear contacts most of my waking hours, and when I don’t have plastic discs pressed against my eyeballs I have some old glasses that I wear at home. Do you remember the expression “coke bottle glasses” at all? Yeah, that’s me.

Pass me my glasses, would ya? I can’t see shit.

There are several problems here. Contact lenses require a certain amount of hygiene and I also go through a bottle of solution every month, give or take. Finding contact solution in the middle of the end of the world will be a bit of a challenge. It’s probably not high on the scavenging list so there may be a decent amount available on store shelves but if I’m not near any stores I’m out of luck. Also, when the food supplies dry up at least there’s the option of hunting or growing food. I can neither hunt nor grow saline solution so…

And let’s not even discuss hygiene. I’m not going to be able to easily wash my hands before inserting/removing my lenses so hello massive infection that will likely wipe out whatever’s left of my sad eyesight.

As for the glasses, all it would take would be for me to lose them. I’m screwed if they break or fall off in the middle of a fight. I can’t see much of anything without correction. Basically I can see fuzzy shapes. I’d never know if that blob approaching me is a friend, foe, or zombie. I often feel this is the most likely reason I will die in the zombie apocalypse.

I always say spiders are scarier than zombies because zombies don’t have 8 legs but let’s be real. While I am AMAZING at killing zombies in video games, I have this feeling that I wouldn’t be quite so brave. There’s something about being able to re-start the game that makes it easy to rush in, screaming, with a virtual knife in hand. In the real world, I can’t help but think about my terror when faced with a little round body waving eight legs at me from the corner of my bathroom.

Okay. If I want to survive past day one of this outbreak I should probably face my spider fears and start whacking them, right? Otherwise one of the reasons I will die in the zombie apocalypse is because I immediately curled up in the fetal position while shouting for someone to help me.

4. I’m always hungry and get low blood sugar (and hangry) if I go too long without eating.

This one will be huge. Low blood sugar is no joke. It makes me woozy and uncoordinated. Technically if you have bad enough low blood sugar you can even die. But really all it will take is one day too long with nothing to eat – or just as bad, nothing but sugary crap to eat. Like Murphy’s Law, I will inevitably wind up swooning just as a zombie or three approach. Bye bye to me and my growling stomach (unless the growling makes them think I’m a zombie too…). To be on the safe side, I’d really better team up with the redneck so I can have someone around who can hunt and provide me with protein.

I like to think of myself as having some semblance of grace. I used to take ballet as a child. I have a purple belt in kung fu. Also, I do yoga semi-regularly and am quite capable with it. However, I’m still clumsy AF. I trip over my own feet even though I am a runner and know where my frigging feet are situated. Sometimes I trip over nothing at all. Every once in awhile my balance goes wonky thanks to residual vertigo from a rogue virus a few years back. I knock things over. It’s not out of the scope of possibility that I will lose my balance and fall off a roof directly into a herd. Or maybe I’ll trip over a rock and knock myself out just as I’m running for my life. Oops.

You’re probably thinking that I made a typo and you’re trying to figure out what I meant. But no. I literally have a cracking ankle. My left ankle cracks an insane number of times every day and there’s not much I can do to keep it from happening. More than once I have tried to creep quietly down to the kitchen and back at night, and all of a sudden my ankle pops like a firecracker. When I run I occasionally sound like someone is firing a cap gun next to my foot.

I can already see it happening. I’m going to try to sneak off to avoid detection, and my ankle will let out a giant crack or six. Cue being eaten by a zombie or shot by a human foe.

7. I’ll get some kind of ridiculous infection.

Recently I scratched myself on the hand. Nothing major. I didn’t cut it on a dirty knife or a rusty old piece of barbed wire or anything. It’s just a small scratch. I also wash my hands 950 times per day because I’m a bit of a germaphobe. So it’s safe to say that it was kept really clean. And yet it’s mildly infected for some reason* and I’ve had to resort to spraying it with hydrogen peroxide and keeping it under a bandage.

(* I hope my infected hand does not mean I’m about to be patient zero. I don’t intend to die THAT quickly in the zombie apocalypse!)

I’ve also gotten a ridiculous amount of urinary tract infections. I know that there would be the potential to get antibiotics for a little while but at some point we’ll run out of pre-existing meds and won’t have any way to obtain new ones. Can you imagine anything more stupid than dying from a UTI that turned into a kidney infection that eventually killed me? That would be the worst story ever.

Where the hell will I find all this a few years into the apocalypse?!

But it’s a valid concern. People died by the thousands (millions!) because of a variety of infections that stemmed from a lack of medication and a severe lack of hygiene. Both of those things will be an issue in the zombie apocalypse. I can see it happening, and if it happens to someone, odds are high that it will happen to me. Sigh.

Did you see my mention of the words “wash my hands” and “germaphobe” and “lack of hygiene” in the previous bullet point? Yeah. As soon as I can’t easily wash my hands and eat clean foods that aren’t covered in who knows what, I’m probably going to die. In fact, just the mere thought of having to use the bathroom followed by eating something with no way to clean in between might be enough for me to croak on the spot.

Either I’m going to have to adapt really fast and stop freaking out over germs and bacteria or I’m never going to make it past the moment that I no longer have access to soap and water. But again, with my luck I’ll work on getting over it but wind up the first in my group to die from some weird germ ingestion.

So there. Lots of reasons I will probably die in the zombie apocalypse.

There are countless other factors that could come into play. I might trust the wrong people. Or I could get killed in the crossfire between a survivor and a zombie. Maybe I will be surrounded by a herd all by myself. I could run out of ammo. Who knows?

There are so many ways I could die in the zombie apocalypse but these feel like high possibilities.

What about you? What has you thinking that you will die in the zombie apocalypse? Do you see yourself in any of these scenarios or did I leave your issue out? Let me know in the comments below. 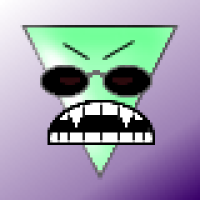